Our research team has been involved in high school and middle school outreach programs both on and off campus. We recently worked with Clemson PEER/WISE on outreach days for minority students and girl scouts running an activity on structural stability.  We have also done outreach work with a group of Spartanburg high school and middle school students talking about aerodynamic drag as part of the Clemson University College of Engineering and Science “E-magine your future as an engineer or scientist”. The students had to run an experiment to find how the drag force changes with velocity. The activity was similar to the Drag, dimensional analysis, and coffee filters demonstration I use in class. We discussed various drag applications including car design, the flight of embers from wildfires, and cycle racing. The students were given a set of instructions and all the equipment they needed. The photos below show the students planning, running, analyzing, and discussing their experiment. 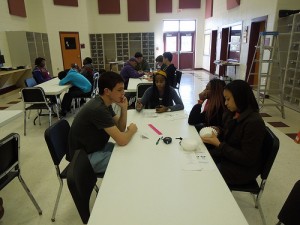 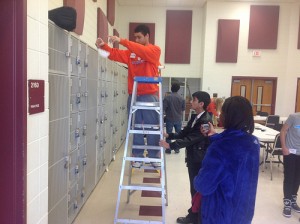 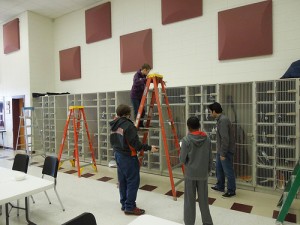 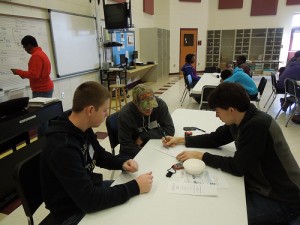 In 2013, four graduate students from our research team participated in the Clemson University College of Engineering and Science “E-magine your future as an engineer or scientist” program on campus. The students demonstrated Bernoulli’s equation using a blood pressure measurement demonstration and an activity that had the students blow Ping-Pong balls out of a funnel. They also demonstrated the hydraulics of porous pavements, and particle-driven plumes such as those produced by grain hoppers and other aggregate storage facilities. The sand plume was used to discuss plumes in general, fire plumes in particular, and the role of fire plumes in the spread of wildfires. 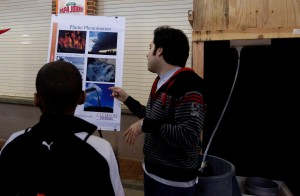 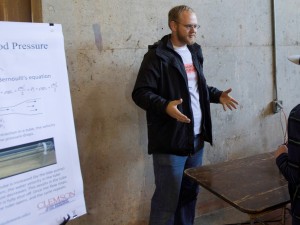 Will Martin explaining Bernoulli’s equation and the blood pressure demonstration. 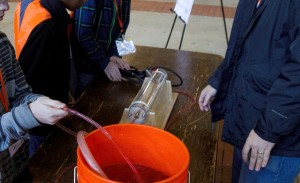 Students observing the pulsing flow that forms due to the collapsing and re-inflating of the of the inner tube due to external pressure in the blood pressure demonstration. 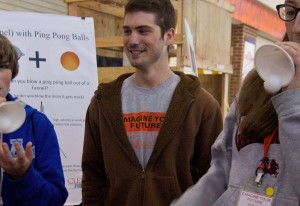 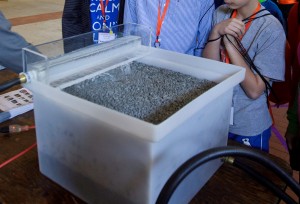 Demonstration of flow over a porous pavement.

Here are the posters used at the E-magine your future as an engineer or scientist (2013) event.

In 2012 the research group ran a series of demonstrations at a school outreach program, in parallel with the ASCE National Student Steel Bridge Competition. The blood pressure system and Ping-Pong balls were used as well as a demonstration on different types of non-Newtonian fluids. We also set up a fully functioning pump-storage hydroelectric system. A number of lakes around Clemson are used for pump storage. Photos from the whole event can be seen here.