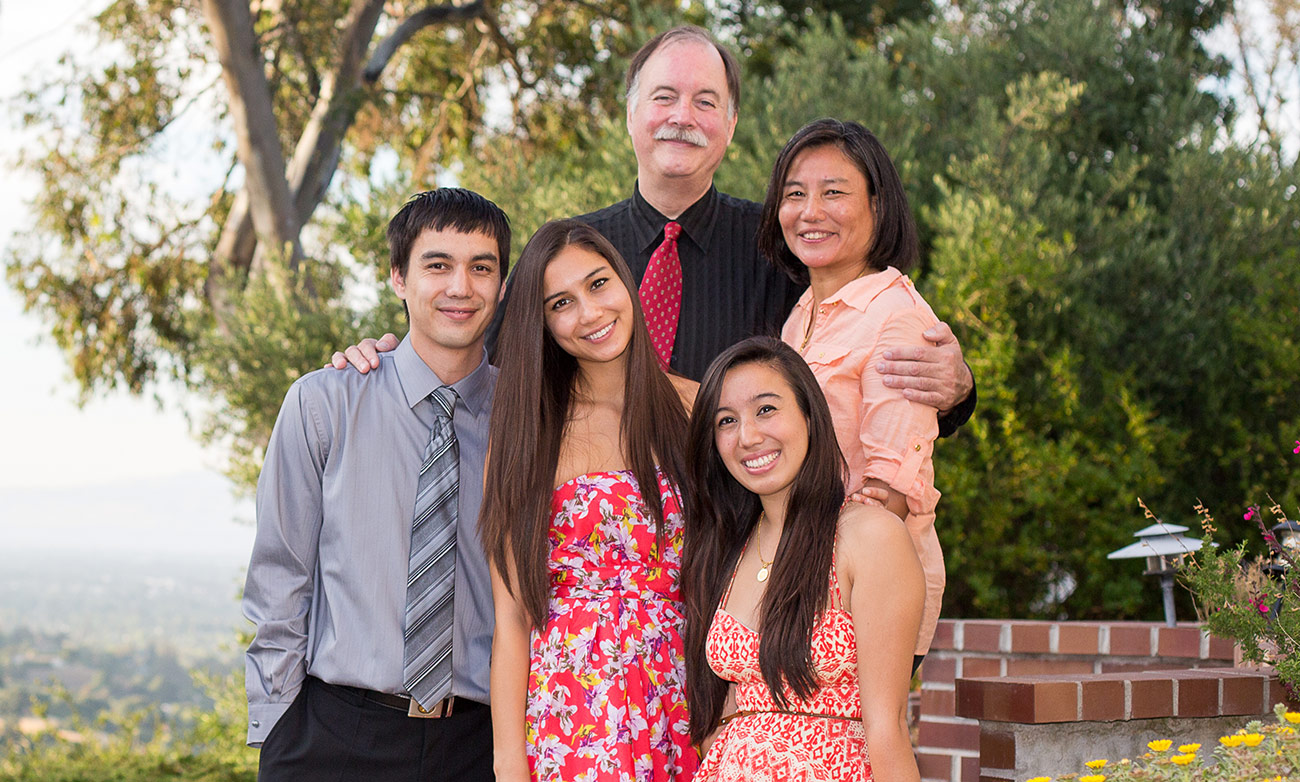 Students learn about their ‘superpower’ from a Silicon Valley cancer survivor

Bill Paseman figures he has about two years. That’s two years to find therapies for the rare, untreatable kidney cancer that first showed up in his body as a kidney stone and a sore leg on a business trip.

Paseman, an engineer and Silicon Valley veteran, isn’t one to sit back and hope someone else discovers a treatment. He has become an expert on his condition, created an online tool to search clinical trials, held hackathons to find therapies, detailed his experience on a website for other patients, and partnered on research with a team of Clemson University engineers and scientists.

And it gave Paseman, a 65-year-old father of three, reason for hope.

“I’m an angel investor, and just like I have a portfolio of investments, I am supporting a portfolio of research looking into my disease,” he said. “And this one, I think, is making good progress. The statistics look good on it. But the next step I’d like to see is something that involves therapeutics.”

Well, if I were looking for a sign from God, this is it.

‘Unique to our lab’

The team calls its algorithm the Transcriptome State Perturbation Generator, or TSPG for short. Using the generator, the team was able to show at a genetic level how Paseman’s cancer was unique to him.

“Essentially, the result of this was a list of genetic aberrations specific to Bill’s cancer, and that’s not happening at the clinical level. That happens at the research level and is unique to our lab,” said M. Reed Bender, a Clemson bioengineering graduate who is now pursuing a master’s in biomedical data science and informatics.

The team reported its results in August in the journal Patterns. The project was a portrait of interdisciplinary research, showing the creative sparks that fly when ideas come from students who are still free from concerns about tenure, reputation and institutional hurdles.

Colin Targonski, now a machine-learning engineer at JP Morgan Chase & Co., is credited with having the breakthrough idea that led to the generator. At the time, he was pursuing his master’s degree in computer engineering under Melissa Smith, an associate professor of electrical and computer engineering who frequently collaborates with Alex Feltus, a professor of genetics and biochemistry.

As part of Targonski’s work, he would read academic papers that interested him and then try to relate them to a problem in the lab. He remembers reading one paper about generative adversarial networks and adversarial attacks. The idea was that a computer could be tricked into classifying an image as something that it wasn’t by making a small perturbation– or alteration– to the pixels, Targonski said. 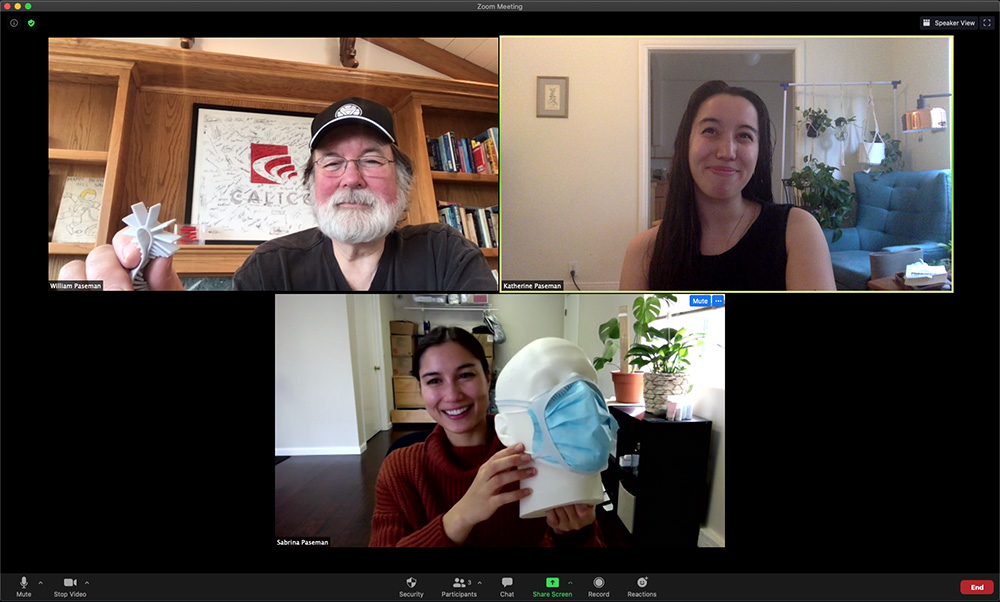 Bill Paseman is shown on a Zoom call with his daughters Katherine (upper right) and Sabrina (bottom) as they work on creating well-fitted masks accessible to everyone.

It’s a potential threat to self-driving cars, but Targonski started seeing relevance to the work he was doing with the Feltus lab. He began to wonder if a machine could learn the perturbations it would take to turn a healthy RNA sequence into a cancerous one. “By doing that you can see the difference between the two to determine which genes need to be upregulated and which genes need to be downregulated to achieve that from a machine’s perspective,” Targonski said. “From there, you can dig into the biology.”

Feltus remembers when Targonski visited his office to tell him about the idea. Targonski described an algorithm that can be used to attack self-driving cars, Feltus recalled. The algorithm could, for example, make the car think a tree was in the middle of an open highway, causing the car to crash.

“Colin turned this idea of image analysis for self-driving cars into the pattern analysis for any tumor,” Feltus said. “Later, Reed really nailed that into the context of Bill’s tumor and other tumors. These ideas have led to papers on patients and potential drug targets, which still need to be vetted. Crazy stuff came together, and it’s still going on.” Smith said the team succeeded in finding an algorithm that worked, but while doing the research she remembers thinking, “Is it really working, or are we being fooled?”

With their background in biological processes, Feltus and his team were able to validate whether the results were relevant, she said. “The take home part of it is that we did something that really could make a difference in the way that people are attacking cancer and in a way that it actually benefits the cancer patient,” said Smith, who is now associate dean for inclusive excellence and graduate studies in the College of Engineering, Computing and Applied Sciences.

Paseman, who is a co-author on the Patterns paper, did more than provide a sample to analyze. Benafsh Husain, now a bioinformatics specialist at Fulgent Genetics, remembers Paseman being closely involved in the research, including with data analysis.

“Even things Bill didn’t understand, he would take that information, parse it, figure it out himself and come back with relevant questions, which got us thinking from a patient perspective,” said Husain, who was pursuing a Ph.D. in biomedical data science and informatics under Feltus at the time of the research.

Paseman first connected with Clemson through a chain of friendships and collaborations that Feltus called “Silicon Valley serendipity.” The final link came in the form of an email from Quantum Insights Co-founder Marvin Weinstein, who met Paseman at Alchemist Accelerator Demo Day and has collaborated with Feltus on other research.

Paseman came to the project not just with a disease to research but a deep insight into his condition and a long history of finding solutions to challenging problems. He said that when he was growing up in Houston, he worked maintenance in refineries. Paseman remembers noticing that a lot of the people who worked in refineries died of kidney cancer.

He later went to Rice University, where he received a Bachelor of Science in electrical engineering and a Master of Chemical Engineering. Paseman then worked offshore as a petroleum engineer for an oil company.

“I enjoyed the work, but it was a little rough,” he said. “The guy next to me got made a parapalegic one day. The guy who hired me died in a helicopter crash. I saw another guy lose his leg on a platform.”

Paseman said he received an acceptance letter to Massachusetts Institute of Technology shortly after leaving a funeral. “I said, ‘Well, if I were looking for a sign from God, this is it,’” he recalled.

At MIT, Paseman did some of the early work in creating music digitally and received a Master of Science in electrical engineering and computer science. He went on to co-found three start-ups, including Calico Commerce, which he co-founded with his wife, Marguerite.

Shares of the company, which were listed on the Nasdaq, quadrupled from their initial-public-offering level on their first day of trading, according to a 1999 report in The Wall Street Journal.

His cancer diagnosis– type 1 papillary kidney cancer– came in February 2014, five months after he was diagnosed with kidney stones.

Students said that working directly with Paseman helped motivate them. Ben Shealy, who is pursuing a Ph.D. in computer engineering under Smith, said that much of his work involves figuring out biologists’ computational needs. The project with Paseman underscored for Shealy why he works in his chosen field. 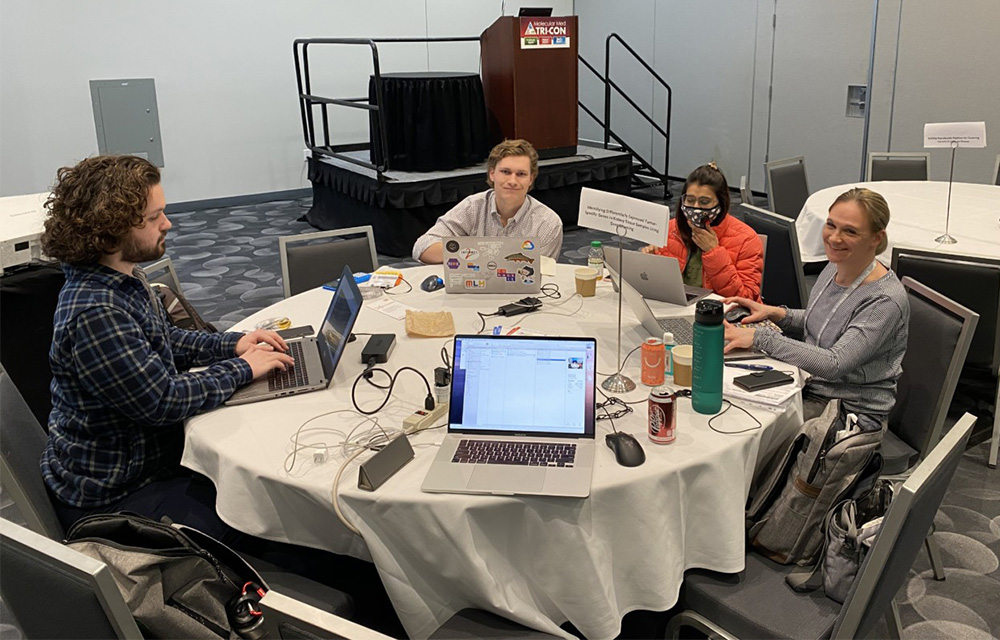 “As a computer scientist, I could work in all sorts of different industries,” he said. “Everyone uses computers and big-data tools nowadays. But the reason I work with biologists in particular is that I know that the work I do has a direct impact down the line on real people, and that’s what I want to see.”

If there was any good news for Paseman, it was that type 1 cancers grow slowly, so he had time to do something about it.

He started rarekidneycancer.org, which includes a tool to search clinical trials. He co-authored a paper in European Urology, “Recommendations for the management of rare kidney cancers.” And he detailed on a website what it’s like to be a patient, including his decision to have a full kidney surgically removed.

In his research, Paseman found painfully slow progress in treating cancer, with little change in the age-adjusted cancer death rates among males since 1930.

“There’s been some going up and going down as people learned how to smoke and learned how to quit,” he said. “But in general, there hasn’t been an awful lot of increase in age-adjusted survival.”

Paseman said one of the reasons is that progress is measured not in “patient time” but in “doctor time,” which revolves around yearly conferences and tenure tracks. He also found that current cancer research is money focused.

“Pharma and the government go on and provide money, and patient advocacy organizations and academic research groups go on and take it,” Paseman said. “And that generally is great for studying science, but it’s not all that great for finding cures for cancer.”

Paseman met with students during a virtual visit to Clemson in September. He sketched out his life story and his research into cancer. And he told the students they have a “superpower.” As beginners with no tenure-track or reputation to protect, they can think differently.

It’s an approach that worked for Targonski, Bender, Shealy, Husain, Smith and Feltus.

And it could prove to be one of the most important ventures in an angel investor’s life.